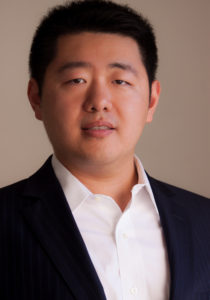 This webpage has stopped updating. Please refer  to https://web.northeastern.edu/yanzhiwang/ for my new updates.

Yanzhi will join as an Assistant Professor in the Department of ECE at Northeastern University in Fall 2018.

Yanzhi Wang is currently an assistant professor in the Department of Electrical Engineering and Computer Science at Syracuse University, from August 2015. He has received his Ph.D. Degree in Computer Engineering from University of Southern California (USC) in 2014, under the supervision of Prof. Massoud Pedram. He received the Ming Hsieh Scholar Award (the highest honor in the EE Dept. of USC) for his Ph.D. study. He received his B.S. Degree in Electronic Engineering from Tsinghua University is 2009 with distinction for both the university and the Beijing city.

Dr. Wang’s current research interests are the energy-efficient and high-performance implementations of deep learning and artificial intelligence systems, neuromorphic computing and non-von Neumann computing paradigms, cyber-security in deep learning systems, and emerging deep learning algorithms/systems such as Bayesian neural networks, generative adversarial networks (GANs), and deep reinforcement learning. Besides, he works on the application of deep reinforcement learning on mobile and IoT systems, medical systems, and UAVs, with the integration of security protection in deep learning systems. His group works on both algorithms and actual implementations (FPGAs, circuit tapeouts, mobile and embedded systems, and UAVs).

His work has been published in top venues in conferences and journals (e.g. ASPLOS, AAAI, MICRO, ICML, DAC, ICCAD, DATE, ASP-DAC, FPGA, LCTES, INFOCOM, ICDCS, TComputer, TCAD, Plos-One, etc.), and has been cited for around 3,000 times according to Google Scholar. He has received four Best Paper or Top Paper Awards from major conferences including IEEE ICASSP (top 3 among all 2,000+ submissions), ISLPED, IEEE CLOUD, and ISVLSI, with another seven Best Paper Nominations.